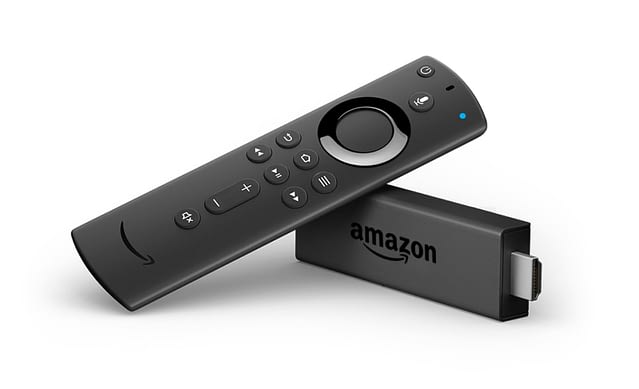 What is an Amazon Fire TV Stick and what does it do?

The Amazon Fire TV Stick is a streaming video player sold by Amazon. Similar in many ways to the Roku Streaming Stick, the Fire TV stick is the entry-level product in Amazon’s streaming media player family, typically priced at about $40.

The Fire TV Stick is shaped like an oversized USB flash drive, and plugs directly into your TV’s HDMI video input. Rather than storing files, though, it’s a full-featured streaming player, able to turn any television with an HDMI port into a Smart TV.

The Fire TV Stick is free to use and set up, and it’s free to download nearly every major app. However, to watch subscription-based apps like Netflix or Hulu, you’ll need to pay for them separately.

You can purchase the Amazon Fire TV Stick in both a basic version, and 4K version. The only difference between the two is that the 4K version can stream – as the name implies – in 4K resolution.

You can access “tens of thousands” of streaming channels through a Fire TV Stick. Amazon

Amazon says that the Fire TV Stick adds “tens of thousands” of channels to your TV. That includes all the streaming services you are most familiar with, including Amazon Prime Video, Hulu, Netflix, and HBO Now, along with network TV apps, sports, and, of course, thousands of less common niche channels you may not be familiar with.

The stick comes with a remote control that has a built-in microphone for voice control. Because this is an Amazon product, you might expect that it has Alexa support, and you would be right – you can give commands to the Fire TV Stick using Alexa, and control all your home automation products (like the Ring doorbell, Philips Hue lights, and ecobee thermostat, among others) just as if you were talking to an Amazon Echo speaker.

Where to buy an Amazon Fire TV Stick

You can buy an Amazon Fire TV Stick from pretty much any hardware store. Here are a few examples of stockists:

How To Set Up an Amazon Firestick?

Enable Unkown SourcesNavigate to and open Settings from the menu on the top.

Click “Device” from the available options on the next screen.

Select ‘Downloader’ from the list that populates as you type.
Select the Get button and complete the installation his will not take more than a few seconds stop.

Now we are going to use the ‘Downloader’ app to install the Bestbuyiptv Premium app.

Open the ‘Downloader’ app from the home screen. It will appear in the ‘Recent’ section since you have just downloaded it. If you don’t see it there, open it from the App Drawer.

Here, you will be required to enter the location of the APK file for PremiumTV IPTV. APK is the application file for the Android platform that is used to install and run the apps. It is like the EXE files on the Windows platform and DMG on Mac OS. Enter the following URL to download the APK:

Click ‘GO’ once you have entered the URL (make sure that you have typed in the correct address or the app will not install).

The APK file will now download on your device. Again, it shouldn’t take more than a minute.

Once the file is downloaded, a message will appear on the screen asking for your confirmation to install the application. Press the down key on your remote twice and click ‘Install’ on the bottom right

After the completion of the installation, you will see a confirmation message stating “App Installed” with two buttons “Done” & “Open.”

“Open” will launch BestbuyIPTV on FireStick right away. If you want to use Premium TV later, click “Done.”

This is how you install the Premium IPTV app on Firestick.

After that, you just need to enter your username and password on the Premium IPTV app.